In the above woodworking hand tool video I share the moment when I opened a “new” antique set of Hollows & Rounds molding planes. I want to walk you through the advice that I received from hand plane experts on how to choose the right features when buying hollows and rounds molding planes. 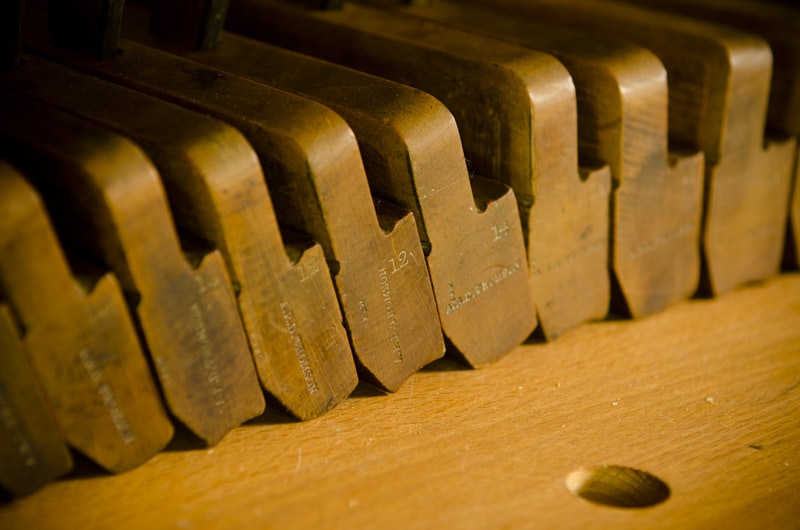 WHAT ARE HOLLOWS AND ROUNDS?

Hollows and Rounds are molding planes that are used to cut moldings for furniture and architectural elements. 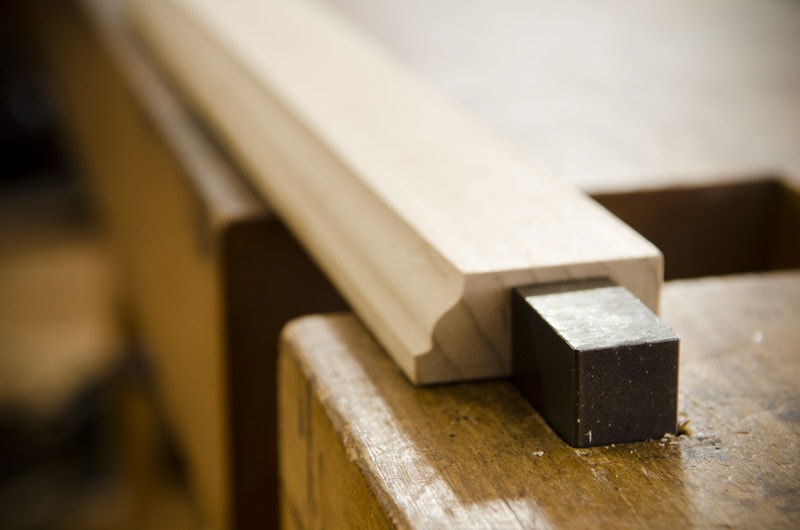 But they are the most “pure” way of cutting the moldings and the most versatile, because they (along with a rabbet plane) allow you to create and recreate any conceivable shape in the wood. 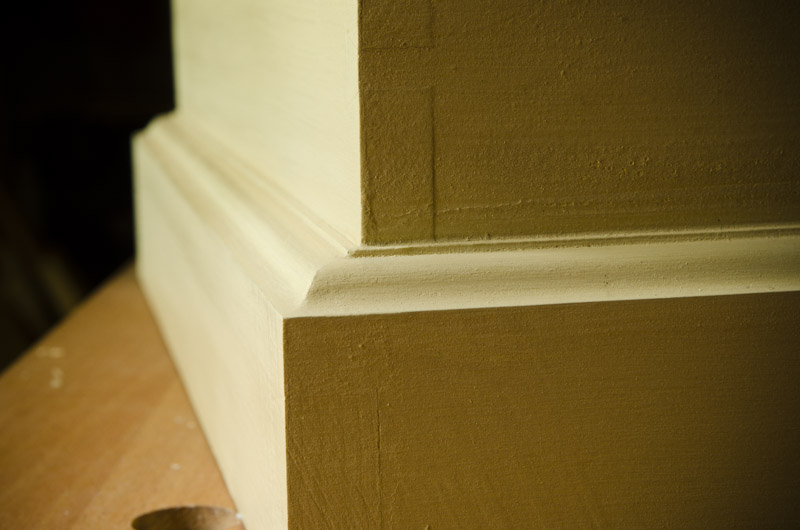 The below photo shows a “dedicated molding plane” (also called a complex molding plane). It is called “dedicated” because it can only cut one profile. This one is an “ovolo” shape. Hollows and rounds, on the other hand, can cut any shape that you can draw. You just remove one hill and valley at a time from the wood. 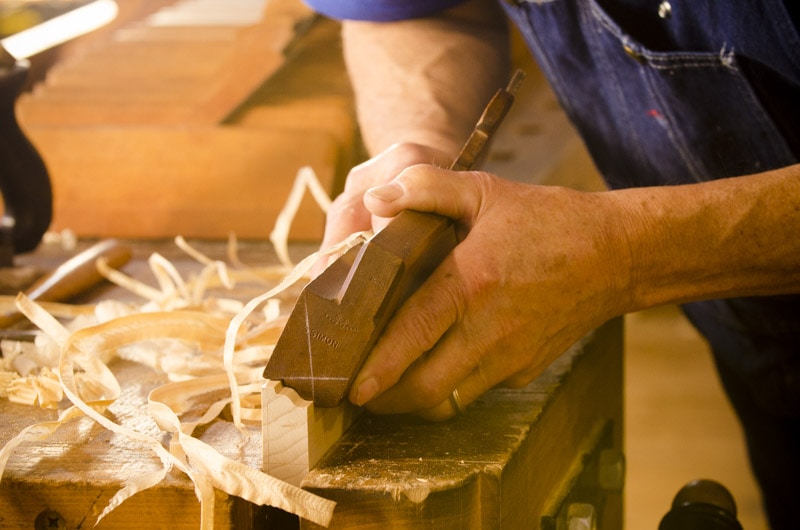 Every plane cuts 60 degrees of a circle, just a different sized section. Think of pizza slices; a large slice and a tiny slice have the same arc at the top. 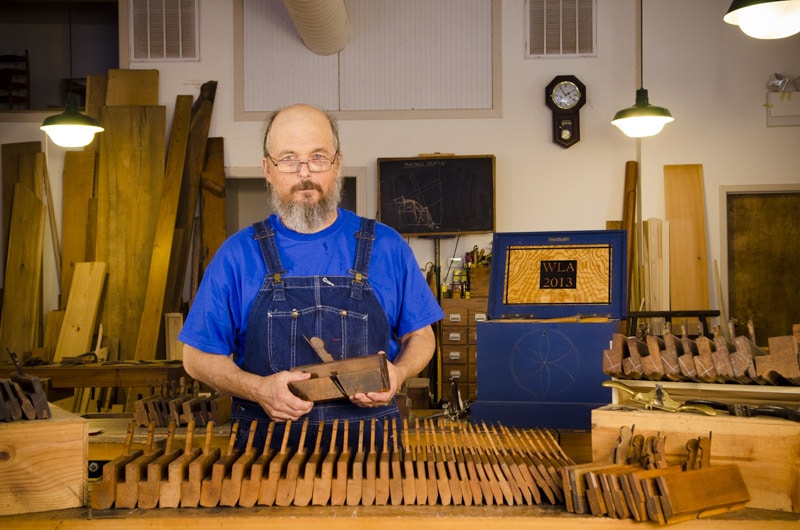 But most people that buy a set of hollows and rounds molding planes will actually get a “half set”, which covers just about anything you would ever need to make. The most common half set is an “even numbered half set.” (pairs 2-18). “odd numbered half sets” are less common (pairs 1-17).

I really wanted an even “matched set”, which is a set that was all in an original set when it was made and didn’t get scattered over the years. But budget-minded woodworkers (good boys) can also purchase a “harlequin” set or a “mixed” set. A set that is all “harlequin” is a set where none of the planes came from the same original set. A “mixed set” contains some plains and pairs that were originally together, and also some “harlequin” planes. But of course, it isn’t necessary to have a matched set like mine. You just have to be careful that a harlequin set of hollows & rounds has an accurate transition because not all plane makers had the exact same sizes. 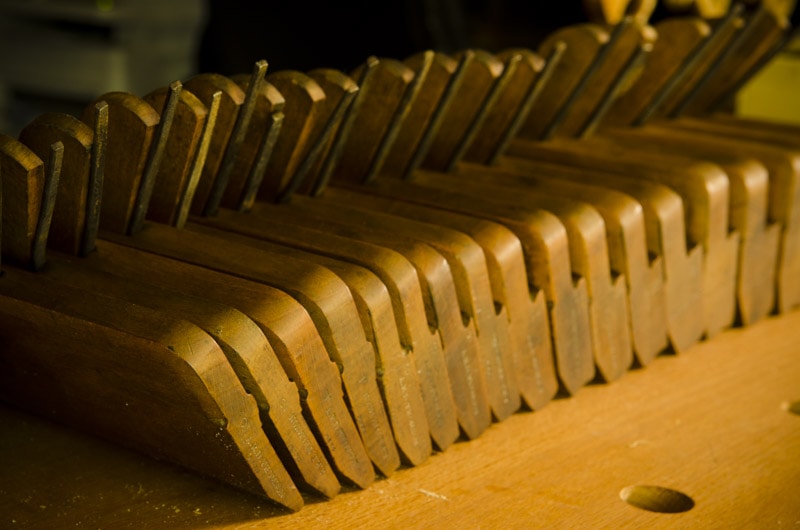 WHAT SIZES OF HOLLOWS AND ROUNDS TO START WITH?

You can cut a whole lot of moldings with just a few pairs of hollows and rounds. Some experts recommend starting off with one or two pairs that fall inbetween sizes #4-#12. Matt Bickford is one of the few people who currently makes & sells hollows and rounds, and he’s the author or “Mouldings in Practice” (you can buy it here and download a free chapter here). He shared his recommendation here:

Here is a video preview of his recent DVD called “Moldings in Practice” (yes, the same name as his book):

I purchased this DVD (from Lie-Nielsen here) and really found it incredibly helpful.

Matt wrote a great introductory article for Lost Art Press called “Moulding Planes: Where to Start” that you can read here. You can also see his lovely hollows & round sets here. 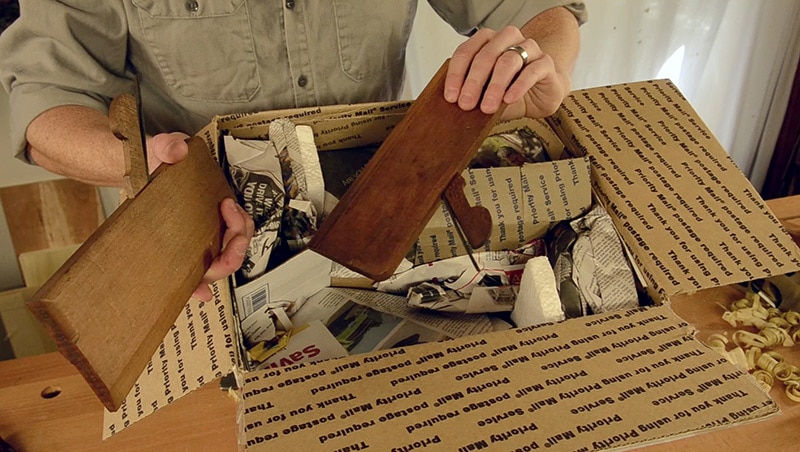 But if you are on a tighter budget (can’t afford $3,750 for his half sets), you should purchase some antique hollows & rounds like me (see links at the bottom were you can find antique sets). But believe me, if I had more money then I would most certainly purchase a crisp new half set from Matt.

WHAT PITCH OF HOLLOWS AND ROUNDS? 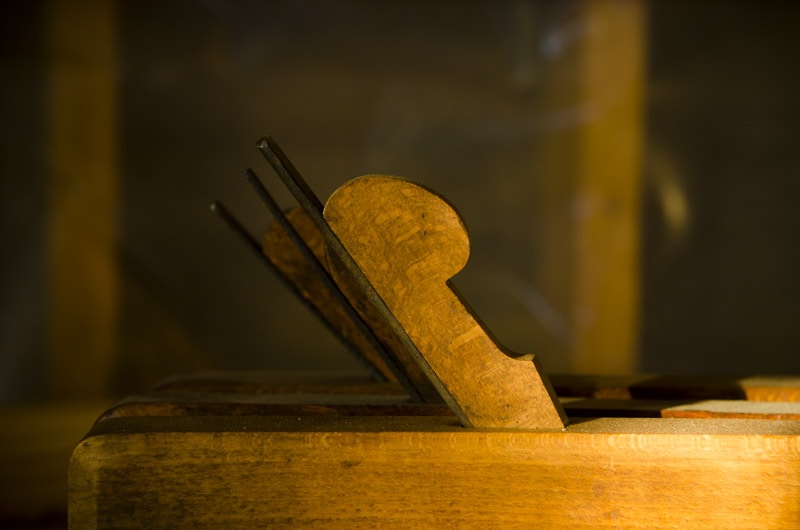 The angle at which the iron sits inside the plane, in relation to the horizontal workbench, is called “pitch”. Here are the following pitches that you’ll encounter in hollows and rounds molding planes: 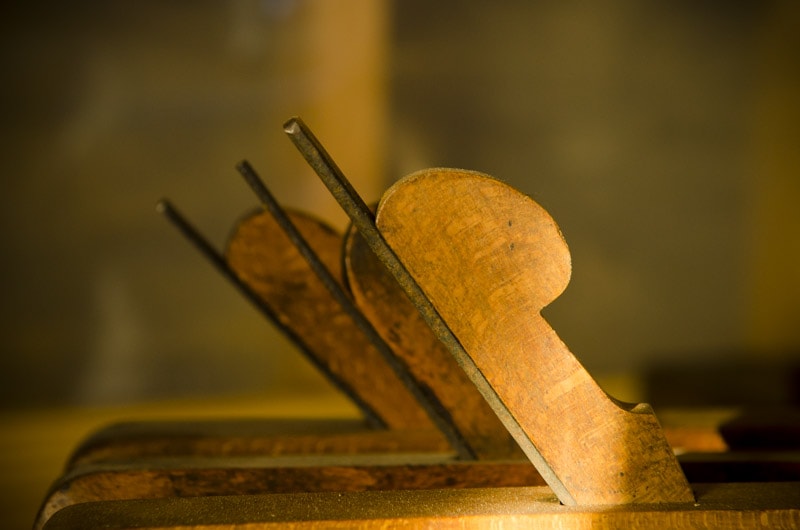 I followed the recommendation of some friends who suggested that I purchase a set of hollows and rounds that were either “cabinet pitch” or “middle pitch”. Funny enough, my set has 58° pitch, which is right in between a middle pitch and cabinet pitch! 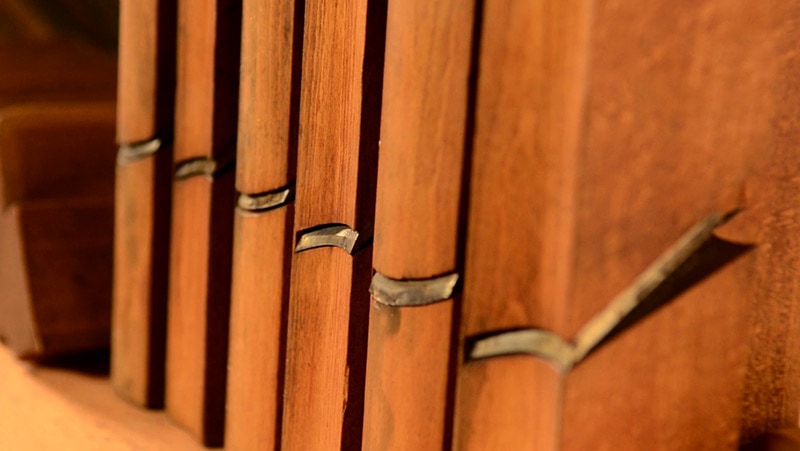 I purchased my hollows and rounds with skewed irons, because I want to be able to cut profiles all the way around a board (like on a table). But straight across irons also have their strengths. They cut a bit more cleanly when you are cutting along the grain. But I wanted to have more of a hybrid style that could cut both with the grain and across the grain. 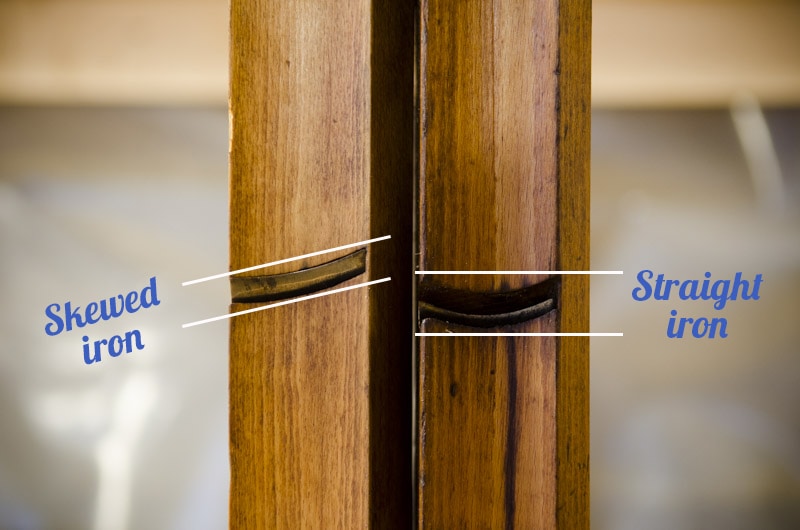 CAN YOU MAKE YOUR OWN HOLLOWS & ROUNDS?

If you have the time and interest to make your own hollows and rounds molding planes, then you’re in luck! Larry Williams released an excellent DVD called “Making Traditional Side Escapement Planes” which shows how to make hollows and rounds planes. You can purchase it from Lie-Nielsen here. See the preview of the DVD below:

WHERE CAN YOU BUY HOLLOWS & ROUNDS MOLDING PLANES?

Below you’ll find links to the best places to look for hollows and rounds (both sets and pairs), along with links to other resources:

I hope this has helped! You’ll see my set of hollow & round molding planes in plenty of future videos!

I have just recently found and subscribed to your site and immediately realized that this is the most interesting place I’ve found for traditional woodworking (or woodworking in general). I haven’t seen anything yet that hasn’t been ‘drop everything and read this’ interesting.

Steve, I’m so glad that you’ve found my website! Glad you subscribed!

I found a set of 13 of these on my route and have been trying to find someone to take them to and have looked at and find out the value of them. Any help would be great! Thank you

Feel free to email me some photos…just send me an email through my website and I’ll respond with the email address that you can send photos to.

I have a box of antique molding planes ,about 25 . On the end of each is stamped J.M. Mitchell they belonged to my deceased father. I don’t know if they are worth anything . Can you help?

Hello Douglas, I just saw your moulding planes. It’s hard to see from the side profile, but they are half descent profiles. “J.M. Mitchell” is the owner’s mark. One of the planes says “MATHIESON GLASGOW”. That is a well-known plane maker from Glasgow Scotland. The other plane says “G. DAVIS”. That fancy type of stamp is also a maker stamp. If you’re just looking to sell them quickly, then just put them on ebay with as many photos as you… Read more »

I am in the process of making a half set of hollows and rounds. I also understand that a snipes bill and a side round set will be useful. Until I get those made, will the Stanley #55 Quarter Hollows and Quarter Rounds serve the purpose?

Thanks Joshua for this comprehensive treasure trove of information and resources on this intriguing aspect of woodworking!