Recreating historical furniture like this requires real talent and attention to detail: 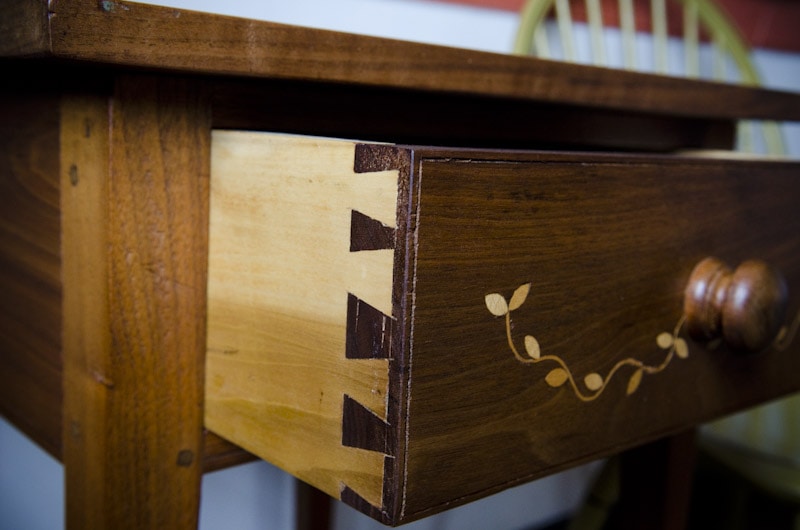 In the above video I returned to the Frontier Culture Museum in historical Staunton, Virginia, to visit the men who are responsible for much of the reproduction furniture there: George Lott, Ken Knorr, and David Puckett. George Lott and Ken Knorr volunteer their time,  talent, and projects to the museum (wow) and Curator David Puckett researches the historic furniture and puts in orders to George and Ken. A very cool system. 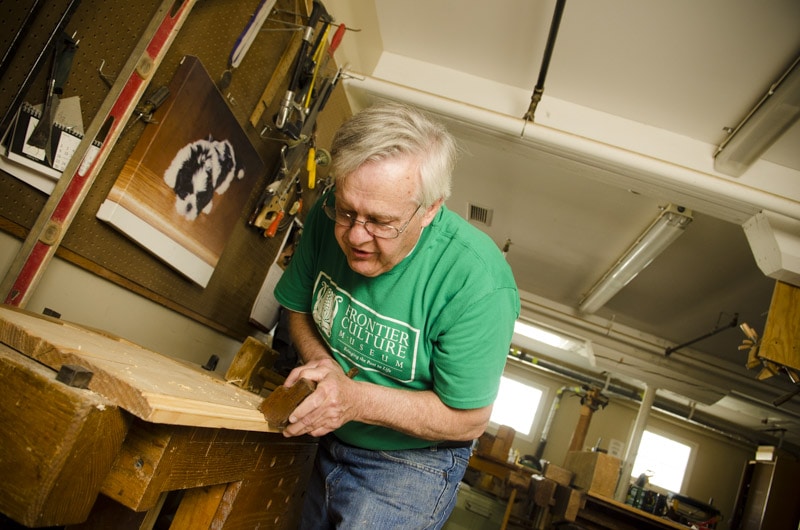 I was especially dying to see all of the antique woodworking tools that George Lott was rumored to own. In my previous post (“1820’s tool chest” ) Steven Gallagher told me about George’s tools and showed me much of his furniture. So naturally, I tracked down George Lott. Not only did he show me his workbenches and tools, but I got to learn an ancient secret recipe for finishing furniture… 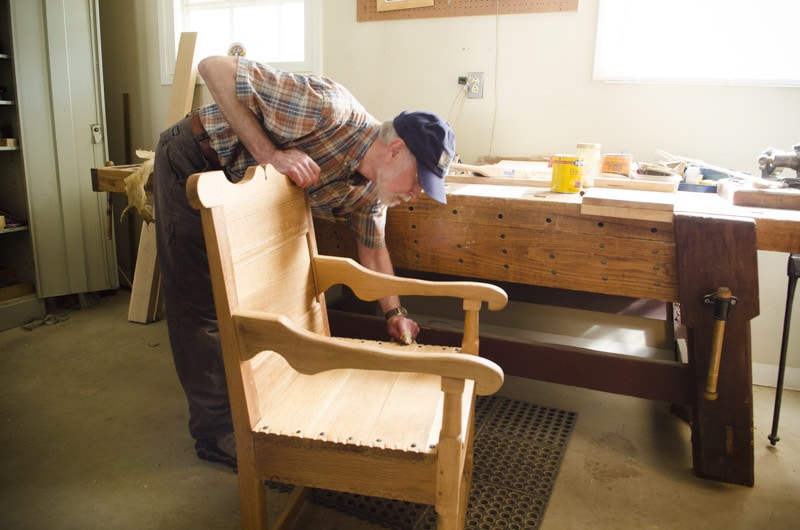 Okay, well…err…it’s not exactly a secret recipe. But it is fairly traditional and was oh so gorgeous on that oak arm chair (watch the above video for the recipe). 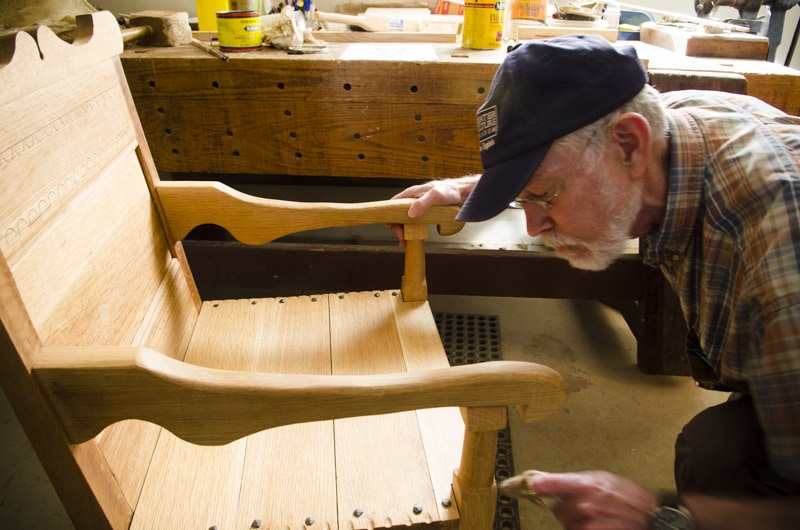 Below are are some detailed shots of George’s (and some of Ken’s work) breathtaking historic furniture from this building (much more to come from the other farmhouses)…but first make sure you subscribe so that you don’t miss the upcoming 2 or 3 videos about George Lott’s tools and furniture. 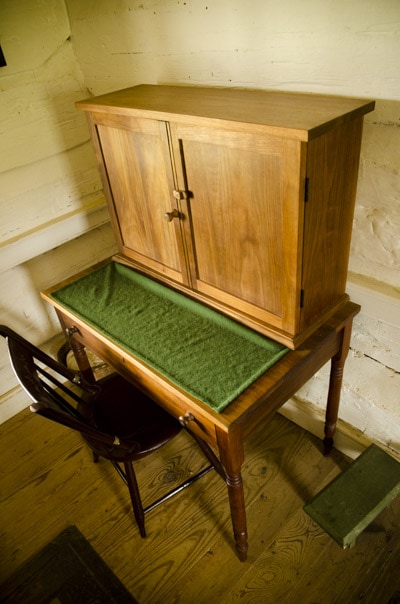 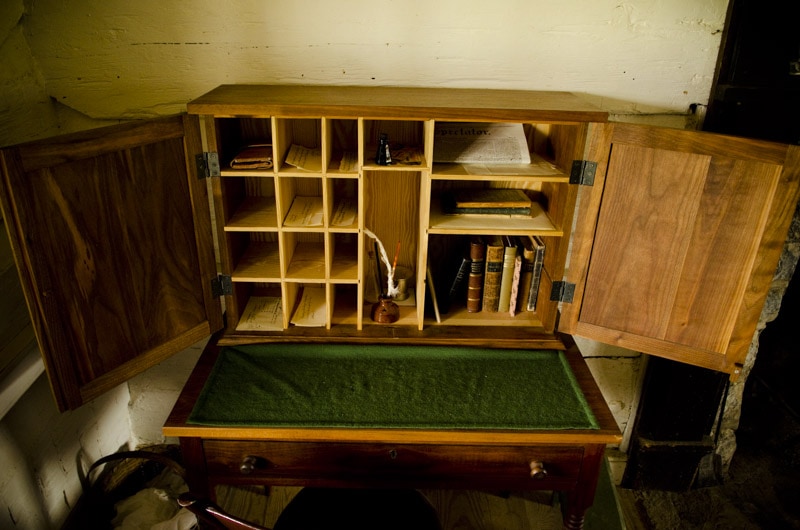 The above desk is my favorite piece of furniture in the whole museum (it’s in the 1850’s American farm).

Notice the beautiful square pegs that pull the tenons tight into the mortises. 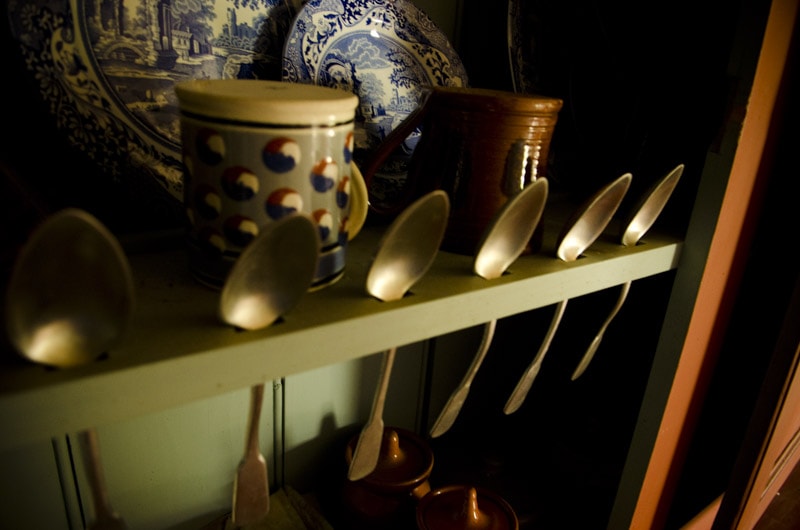 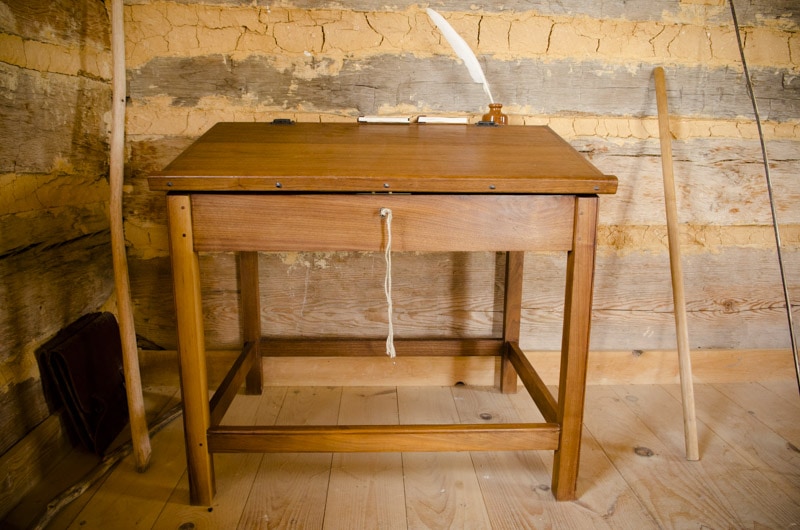 Ken Knorr built this walunt school teacher’s desk (above) and George and Ken built the school benches (below). 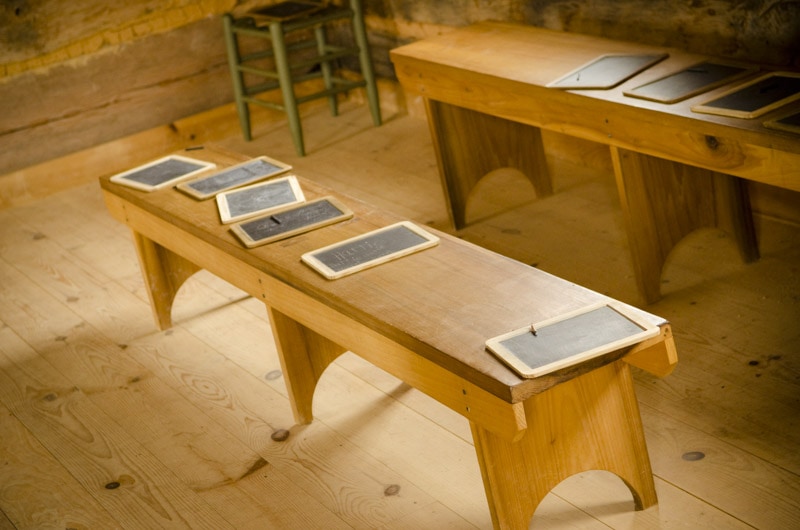 Wedging the tenons keeps the joint nice and tight: 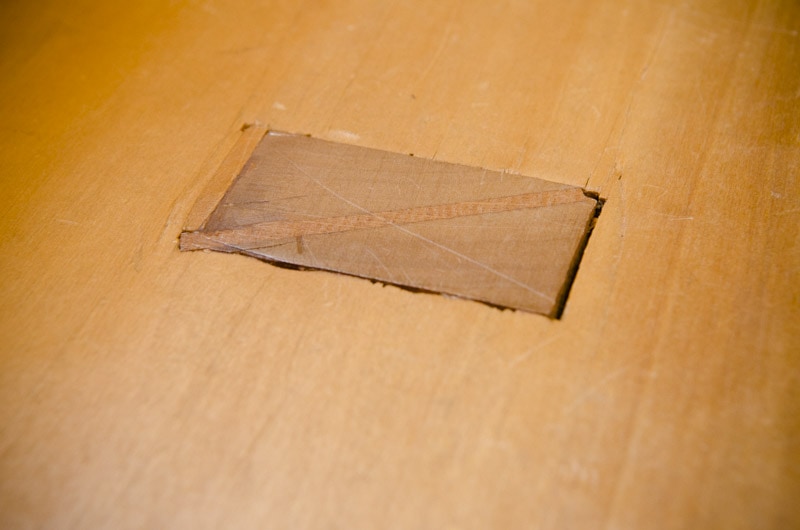 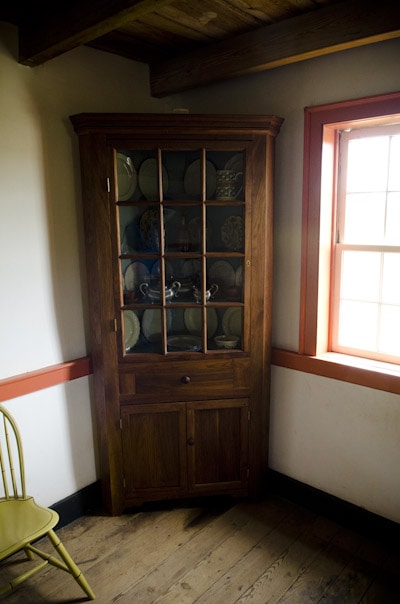 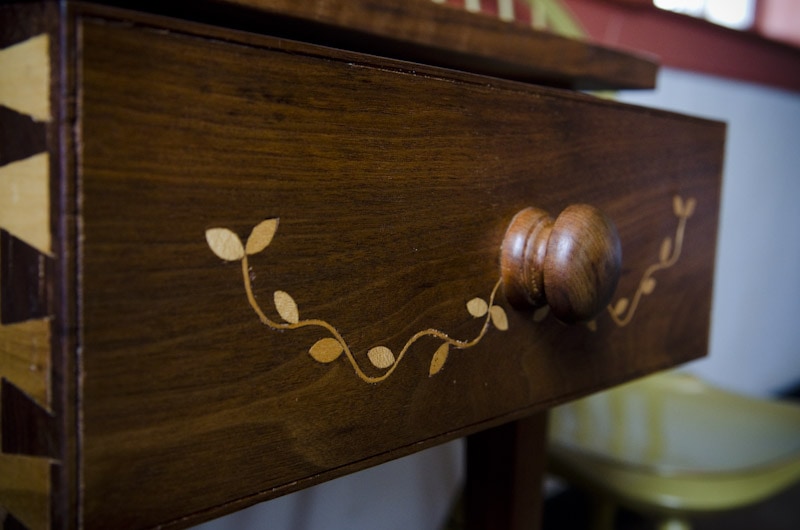 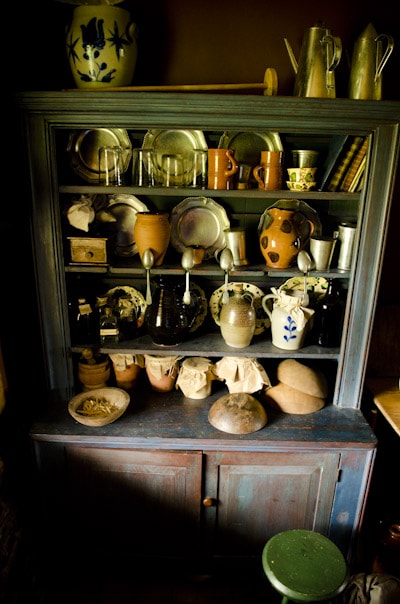 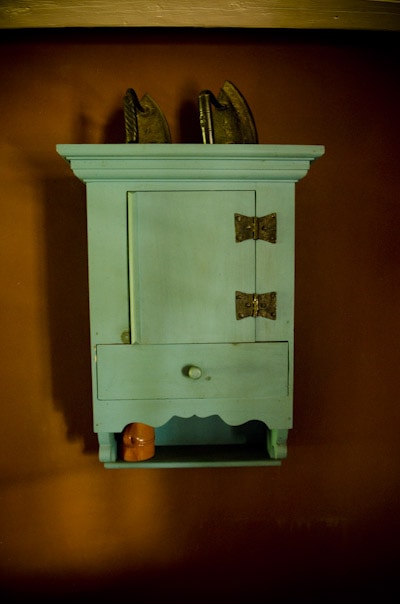 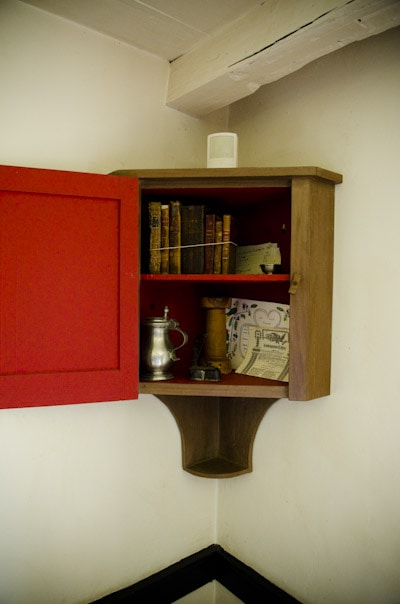 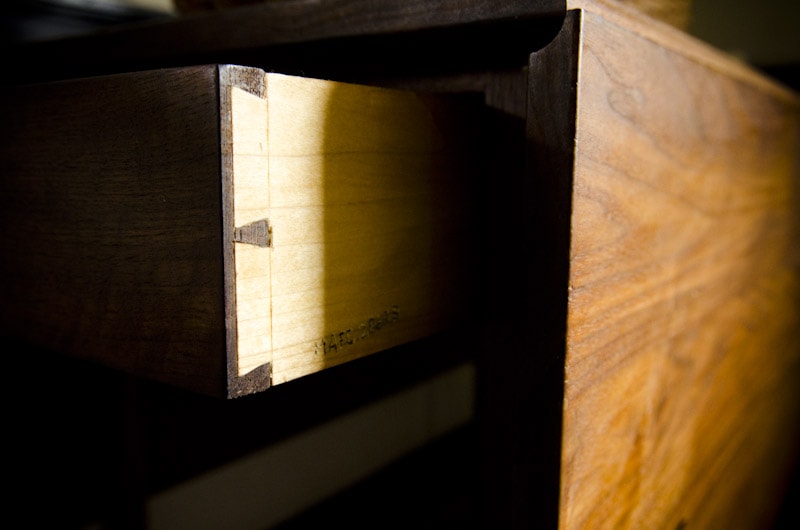