In the above Video I share a visit that I made to the workshop of legendary guitar luthier and bluegrass musician, Wayne Henderson. Wayne Henderson Guitars sits along a quiet country rode in the rural village of Rugby, Virginia. 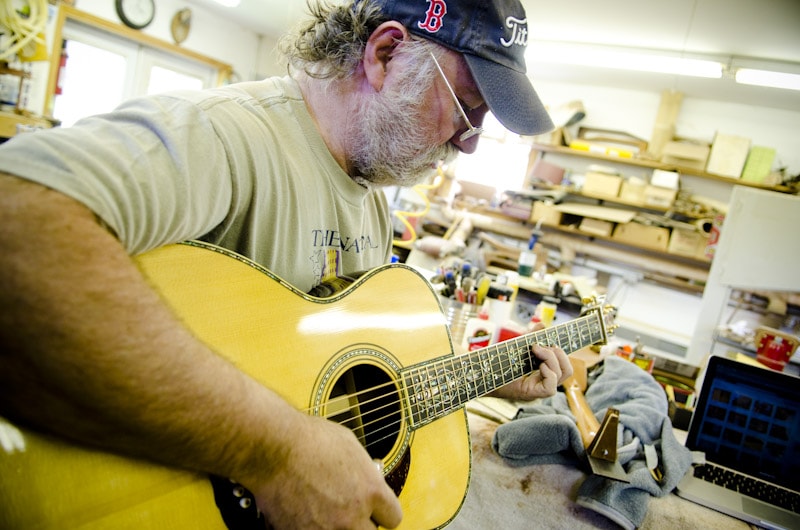 Wayne Henderson’s performance resume stretches from The White House to Carnegie Hall, and all the way to the Queen of England.  Wayne Henderson is perhaps even more well-known for his world-class custom-made guitars and mandolins. 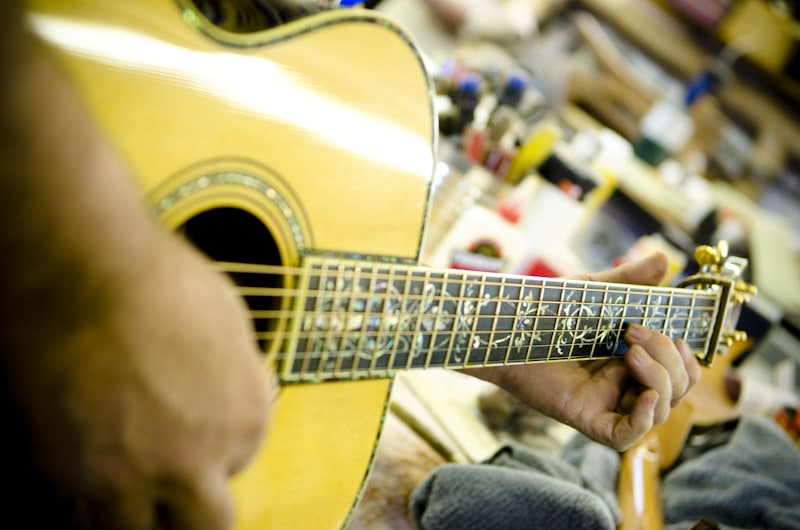 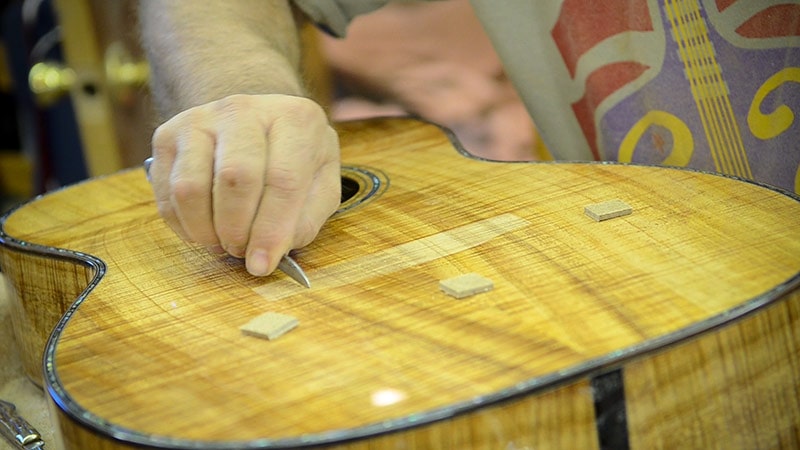 You can read a book about Wayne Henderson’s journey from rural mail carrier to world-renowned guitar maker and musician here: 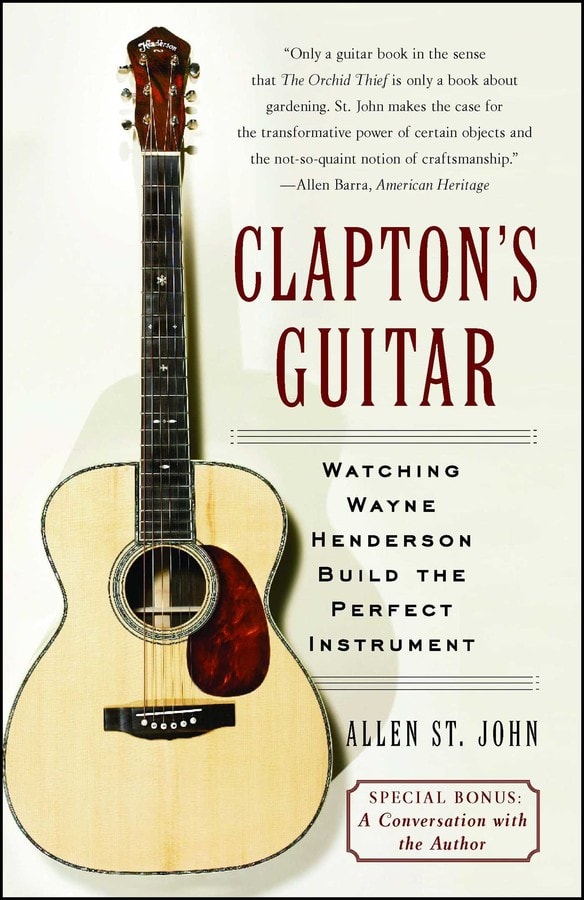 You can also check out his other books & CD’s (click on the below images): 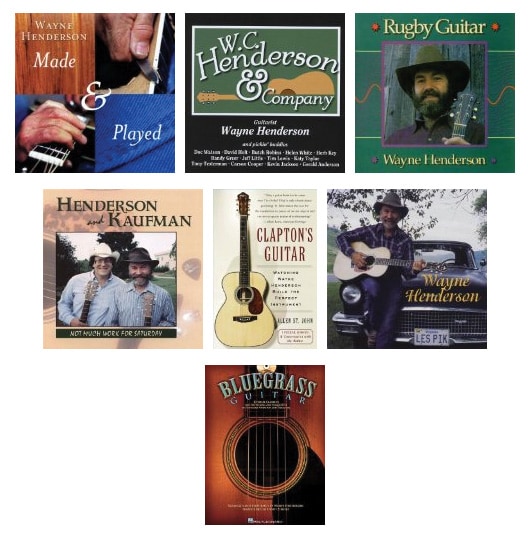 If you’re thinking of purchasing a custom Henderson guitar, then you’d better get in line behind some pretty famous (and wealthy) musicians and collectors. 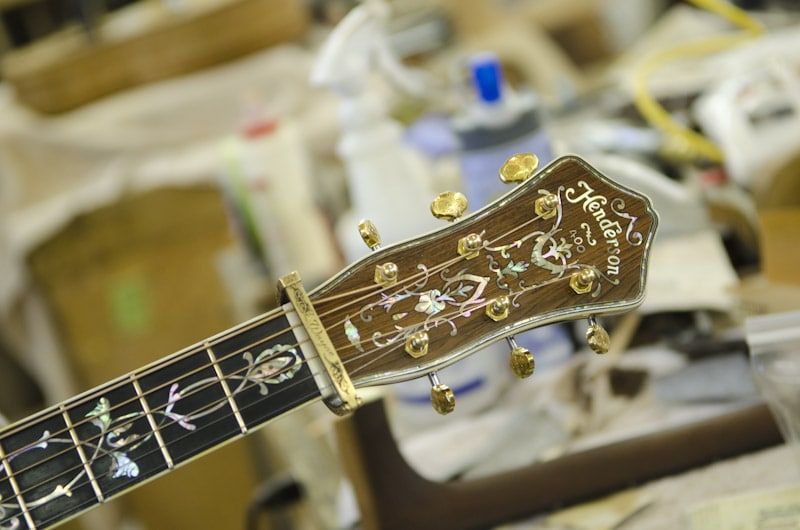 Wayne’s cozy and fairly-tidy shop is filled with guitar parts, familiar & unfamiliar hand tools & power tools, and exotic woods from all over the world. 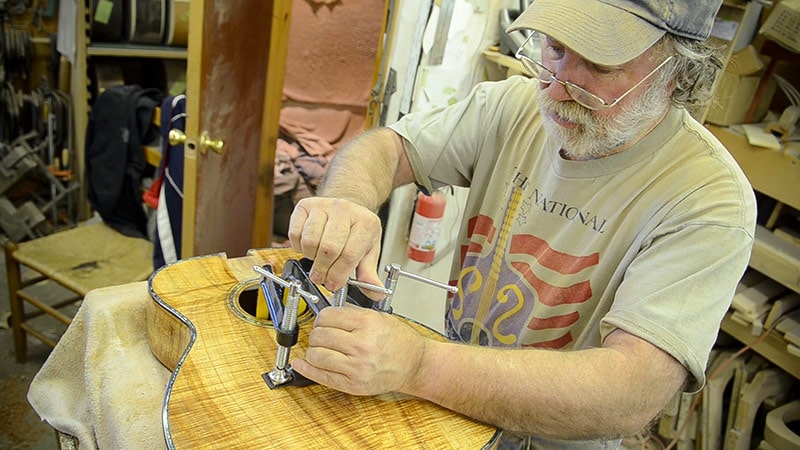 The floor is covered with curly wood shavings – produced by endless hours of hand whittling, planing, and scraping. 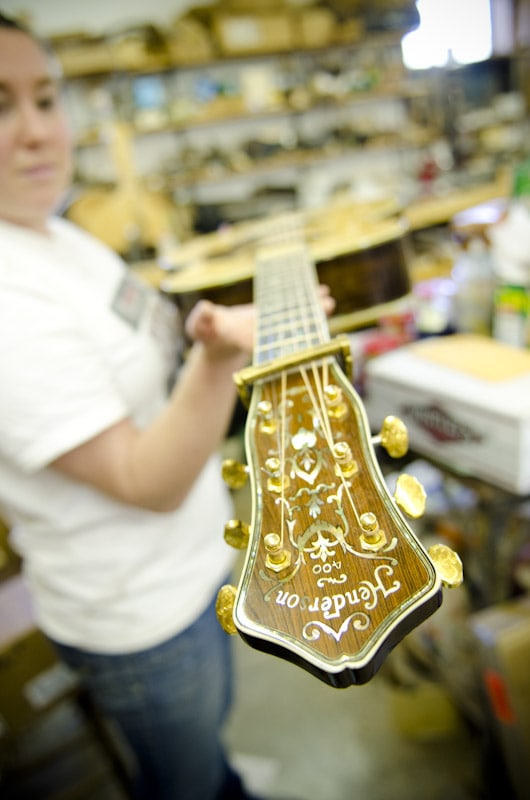 Over the years, the Henderson Guitar shop has become an unofficial pilgrimage stop along the world-famous bluegrass route, known as The Crooked Road. If you come on the right day, it’s likely that you’ll run  into someone famous. 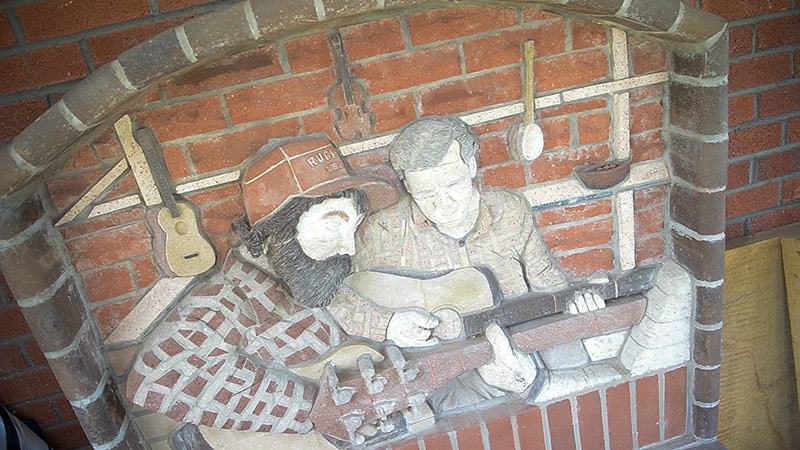 Before his death, Doc Watson (Wayne’s close friend) was a regular visitor to the wood shop.  Wayne Henderson’s personal apprentice has been his daughter, Elizabeth “Jane” Henderson. My wife Laura grew up with Elizabeth, and that is how we were introduced to Wayne. 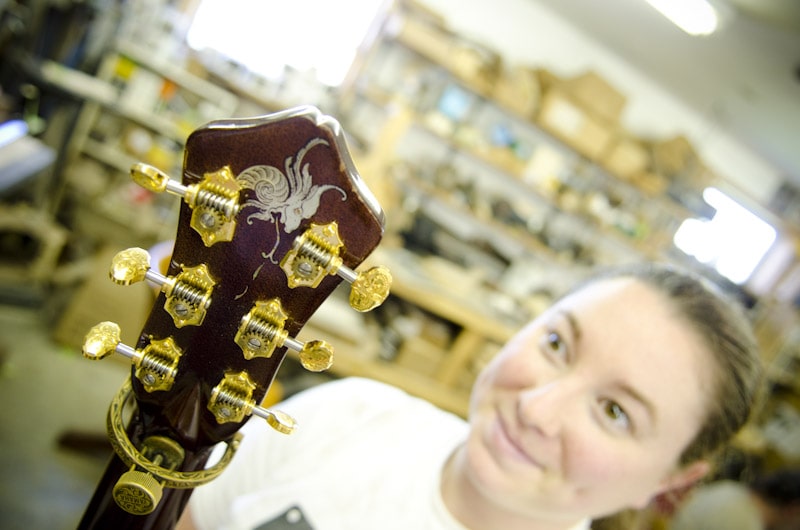 Wayne and Elizabeth have worked together on many guitars, and now Wayne’s reputation for skill and craftsmanship has passed to Elizabeth. If you’d like to Contact Elizabeth Henderson for a custom-made Henderson guitar or ukulele , then contact her through her blog “The Luthier’s Apprentice“. 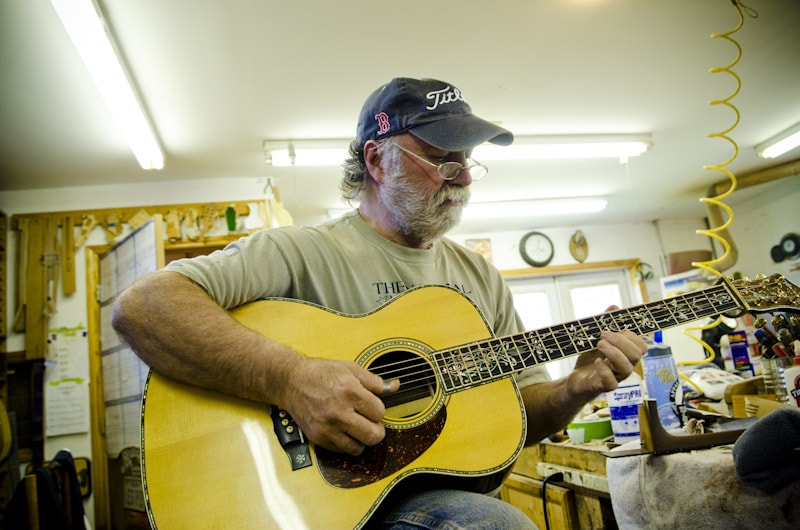 Wayne took time out of his busy schedule to show us around his workshop, share some of his special experiences, and pick some amazing songs on his favorite guitars and a nearly-finished mandolin. 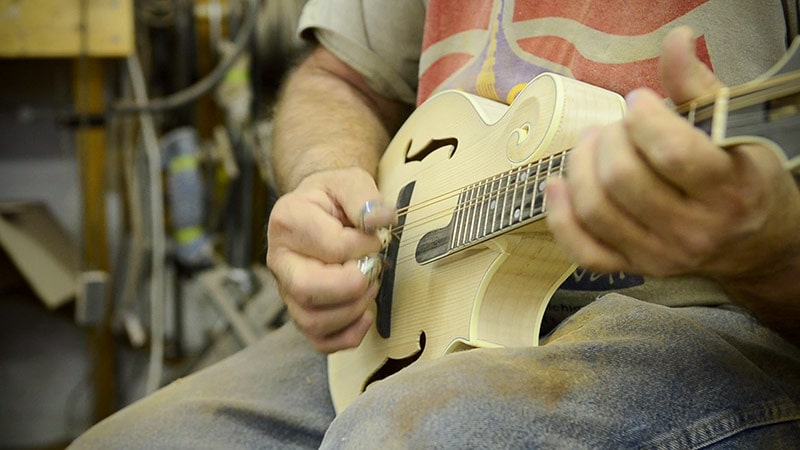 Over a barbecue lunch in his house, Wayne pulled out an old “guitar” that he made when he was 7 or 8 years old. The body was made from a tobacco box, and the string came from fishing line. 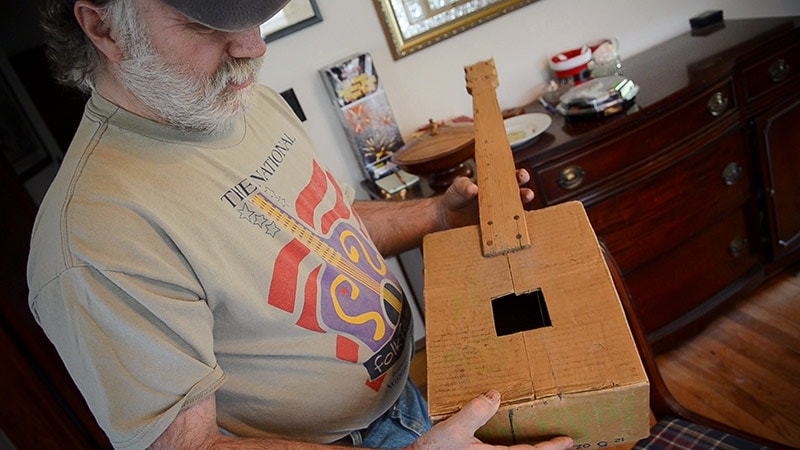 He also spoke of his passion for the Boston Red Sox, showed us some of his guns, and strummed some of his favorite guitars that he has made (and kept) over the years. 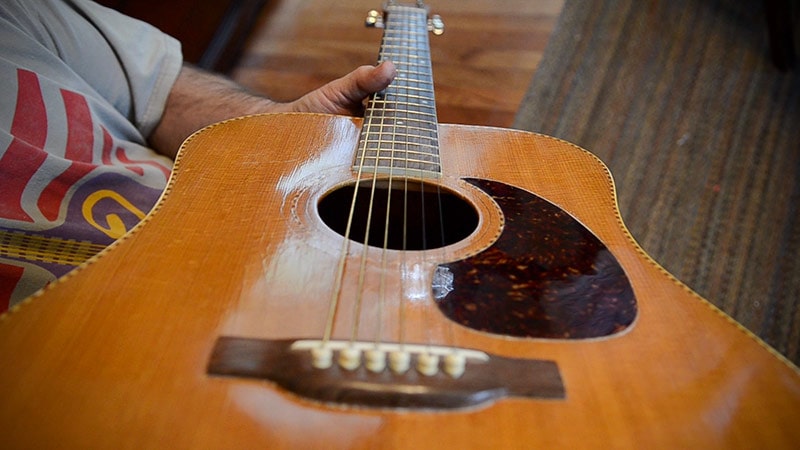 His eyes really lit up when he pulled out “number 400″, a beautiful acoustic guitar, with custom inlays and a sound as warm as the sun (see below). Watch the video to hear a couple songs that Wayne played on this guitar. 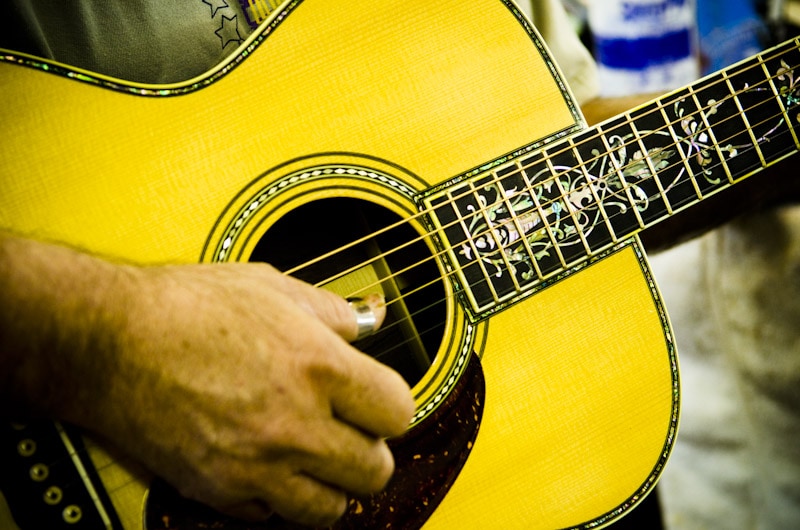 We had a great and memorable day with Wayne Henderson and his daughter Elizabeth Jane Henderson, and hope to return to their workshop one day! 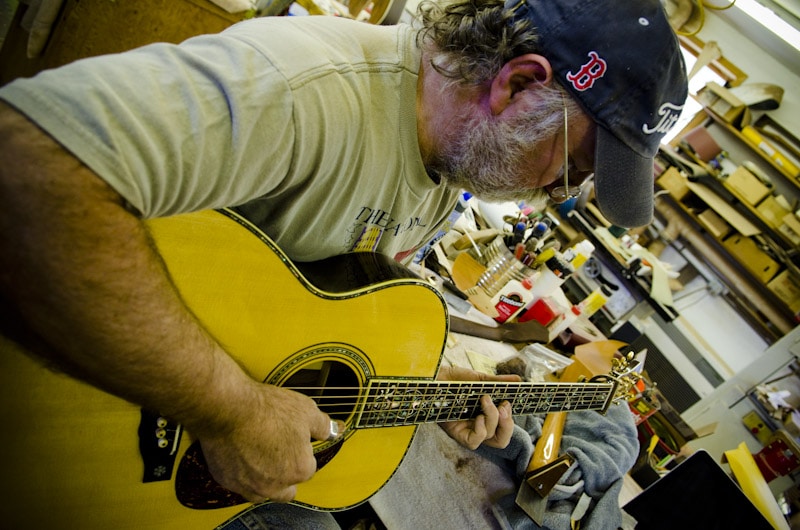 You can learn more about Wayne Henderson Guitars and Wayne’s bluegrass music festival on his website. One christmas morning i was on my way to work,i worked for us airways,as i got to the maintenance room one of my fellow mechanics handed me a book and said merry christmas,so i said thanks man,the name of the book was “claptons guitar” unpublished yet i started the book and im not what youd call a bookworm,but i couldent wait for the next page,oh and by the way im an aircraft mechanic by trade,but i play guitar as well,been… Read more »

How would one go about contacting him for a possible order?

Ha, ha, I don’t think you’d have any luck! He’s got a very long wait list and I’ve heard he isn’t making much of a dent in the list. But visiting his shop is probably the only way to talk with him.