I recently discovered an amazing toolmaker who has found a way to sell his top-notch tools at prices that real people can afford. 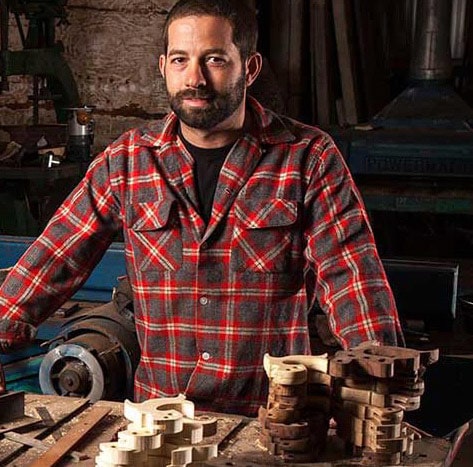 His name is Erik Florip, he’s a Marine veteran, and his company is Florip Toolworks. Remember that name, because with his low prices and high quality, he’s going to steal some market share from the other toolmakers. His dovetail saws are as good as the $200+ dovetail saws, but are selling for half that price. You can find them here. 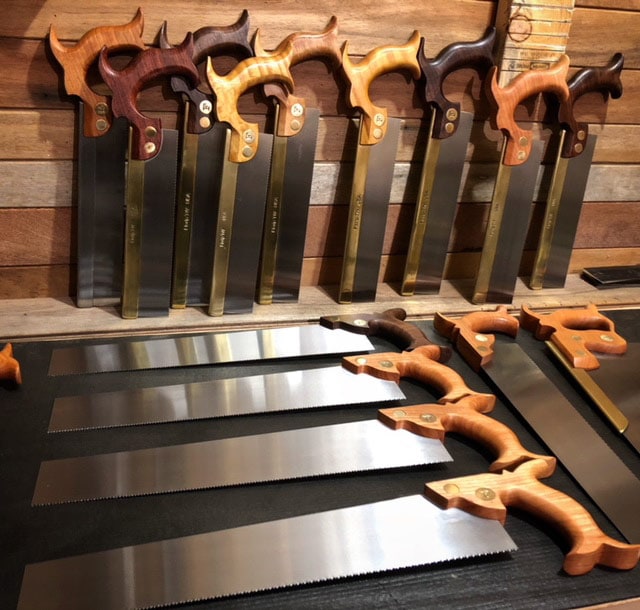 A few months ago I wrote an article & published a video titled, “Which Affordable Dovetail Saw is Best? Lie-Nielsen vs. Veritas“. I’m no hand saw expert, but I have made a few hand saws, rehabbed dozens of hand saws & backsaws for my school, and have listened to student feedback. In that video & article I compared the two most popular affordable dovetail saws on the market, and gave my recommendation that students in my school preferred the Lie-Nielsen dovetail saw (about $140 after shipping). After that article was released, someone suggested I check out Erik Florip’s saws. 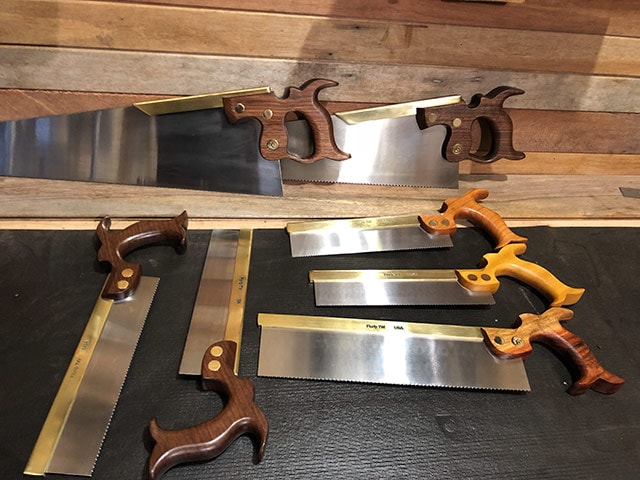 I visited the Florip Toolworks website (here) and was impressed to see dovetail saws that looked like $200 saws selling for under $90. I was intrigued, so I emailed Erik with some questions, and he sent me a couple saws to try out. I was a bit skeptical at first, but once I took the saws for a test drive, I fell in love with them. I liked them more than the Lie-Nielsen saws. I was impressed by not only the quality of craftsmanship, but the comfort of the hardwood handle (shaped more like my custom-made back saws), the perfect thickness of the saw plate, the folded brass back, and especially by his expert saw sharpening. His saws cut better than mine! So I quickly bought 4 more Florip dovetail saws, and put them to work in my traditional woodworking school. 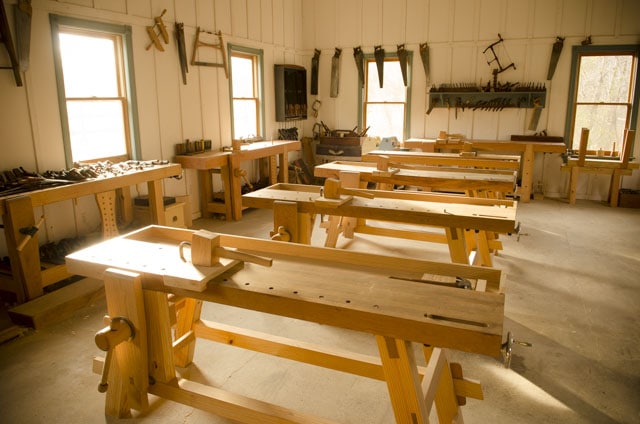 Over the past year I’ve asked students in my school which of the dovetail saws they like the best, and overwhelmingly they vote for the Florip dovetail saws. Erik Florip has only been making tools since 2012, after he finished his active duty service with the Marine Corps. 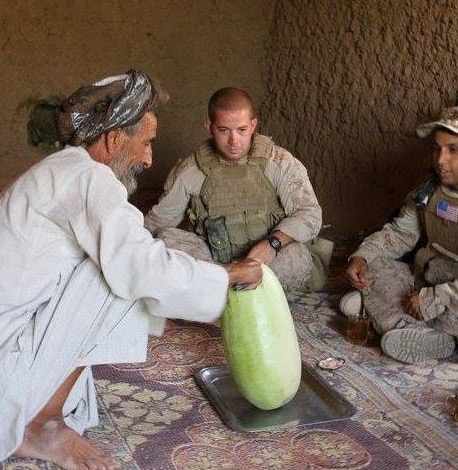 But he apparently put his strong Marine work ethic to use, because he is now creating some lovely and highly-functional hand tools. I especially love seeing his “Stealth” backsaw, with black saw nuts and black saw plate. It looks like something he would have carried with him into a nigh battle. 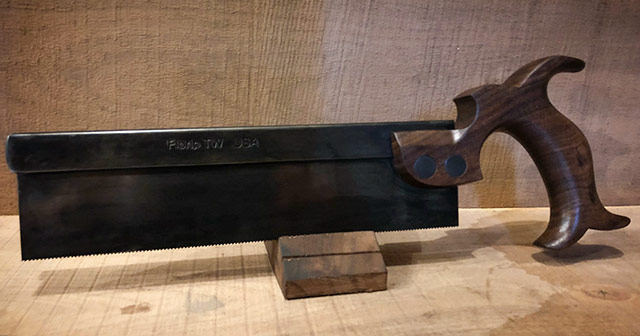 Erik works out of a small shop in Empire, Michigan, but he has everything he needs to build his high-end tools. 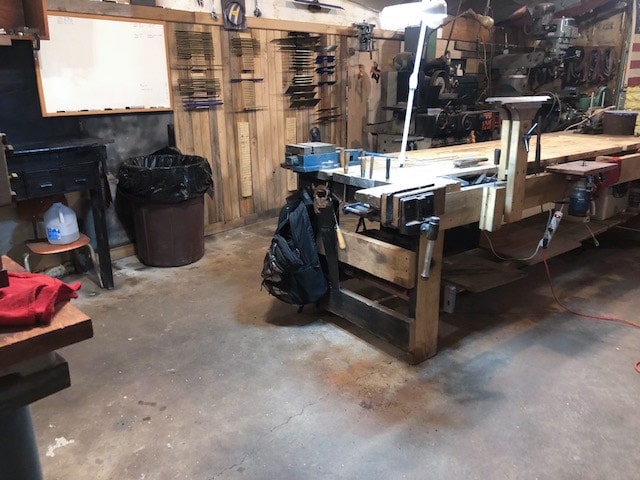 His frustration with overpriced hand tools inspired him to get into woodworking hand tool making in the first place. Like many other new traditional woodworkers, he couldn’t justify spending what a lot of heirloom toolmakers were asking so, like many others (including myself), he started refurbishing & sharpening antique hand saws. He said, “after this I got the idea to try building my own saw…it wasn’t pretty but it worked. I was hooked on tool making. I had no experience in making tools or operating machinery, I didn’t even know what a metal lathe was. I dove headfirst into the process of making saws and have not stopped since. I sold a number of custom saws but generally felt that the process was lacking. I also had to charge a lot of money for each saw I was making. I decided to shift my focus. I would stop selling saws and develop a process that would allow me to fill a void in the saw market place- high quality saws that are affordable to the hobbyist.” 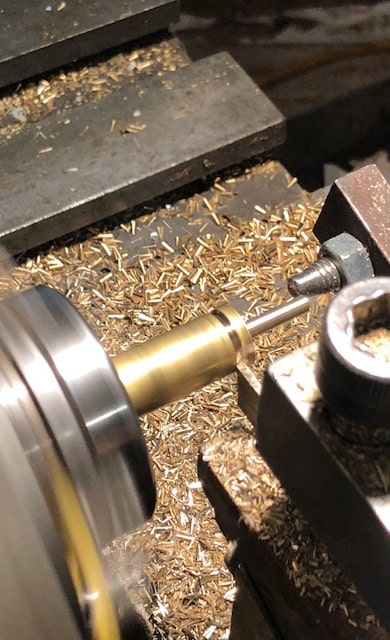 So he used his Marine ingenuity and problem-solving skills to come up with a manufacturing process that would allow him to lower the manufacturing costs enough to provide hand tools that could be both high-end and affordable. Thus, Florip Toolworks was born. He has quite a large line of hand saws to choose from, all of which are stunning. 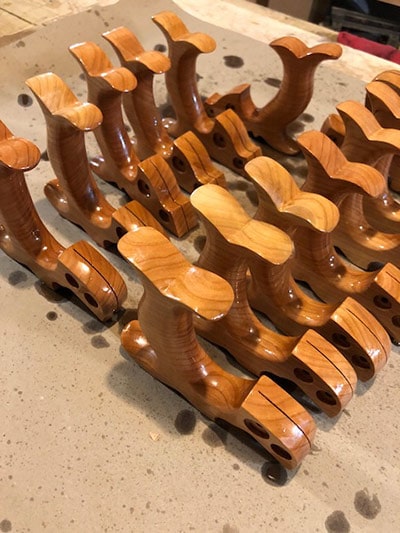 Now Erik Florip churns out a host of quality hand tools from his small shop, all of them made by hand. “Every component of my saws are made in house from raw material“, he said. “It would have been much easier to outsource the components and assemble as the parts arrive. Here is the catch…each of the businesses outsourced to have their own markup and overhead to deal with. This translates to higher product costs.” 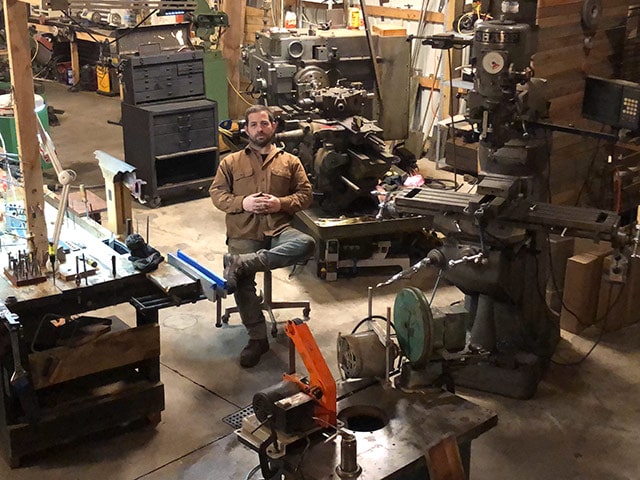 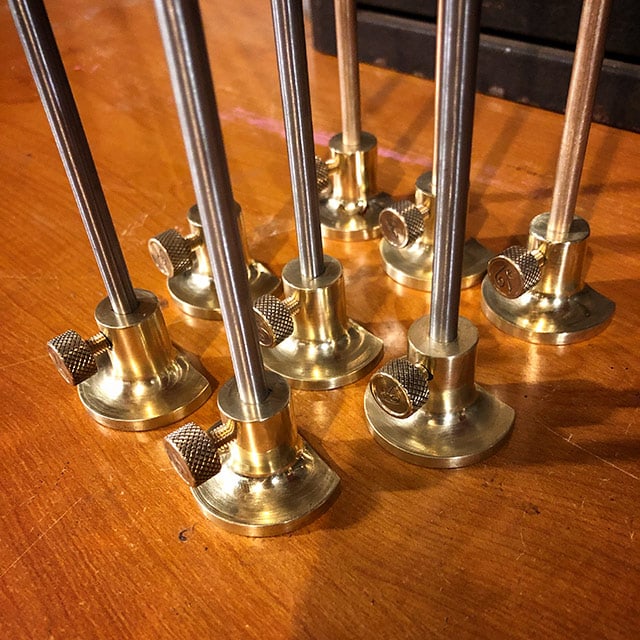 Here are a few more photos of the Florip Toolworks shop: 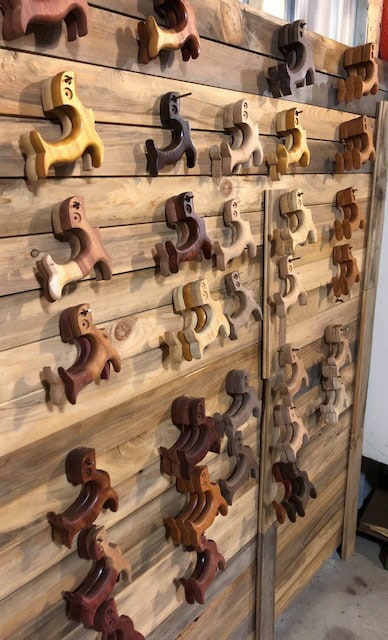 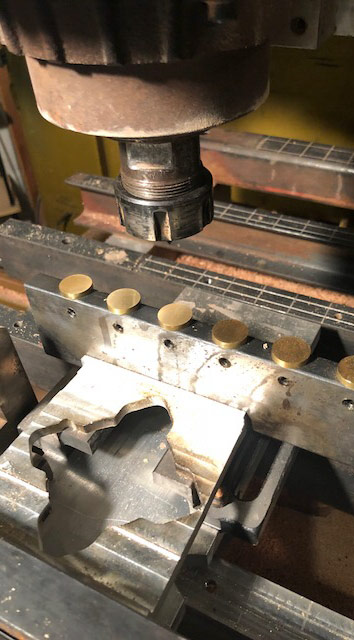 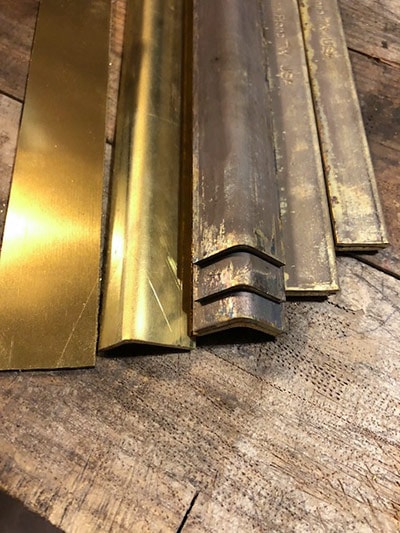 And here are a few photos of Erik’s family, including his favorite little helper: 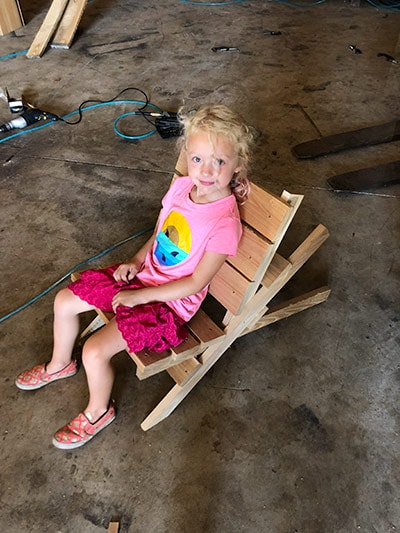 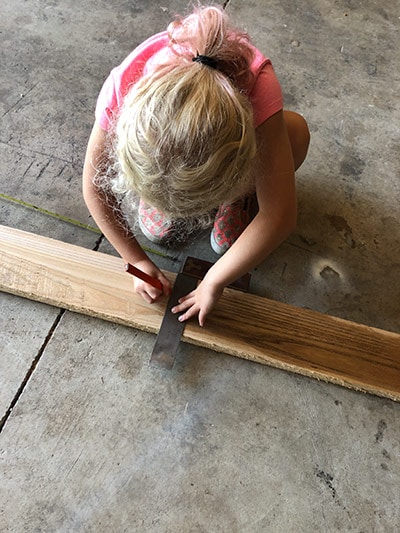 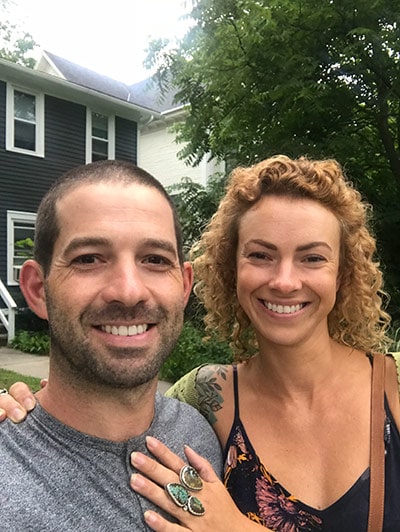 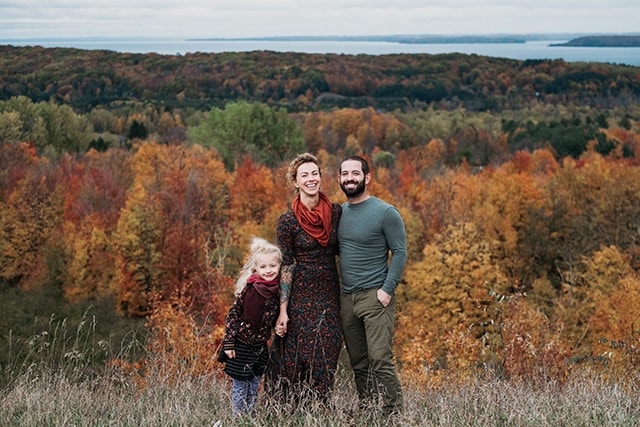 So please buy some tools today from Florip Toolworks, and support this great guy, who not only chooses to make quality tools that average people can afford, but who also chose to risk everything to serve our great country to protect the cause of freedom around the world. 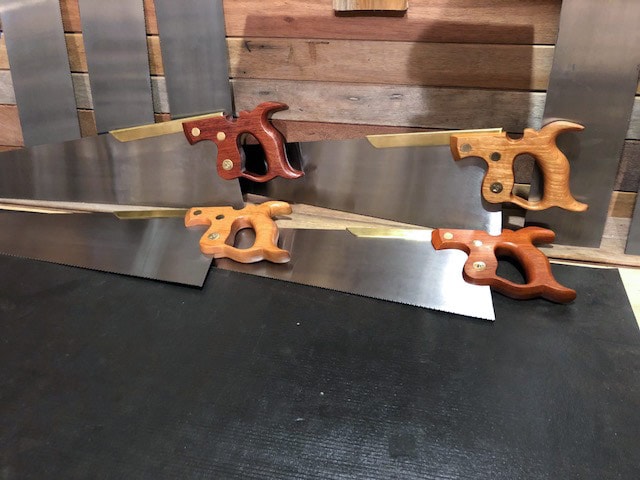 If you would like to learn to make back saws yourself, please join us for two upcoming classes at our school, taught by another expert saw maker (who doesn’t actively sell his saws), Tom Calisto: 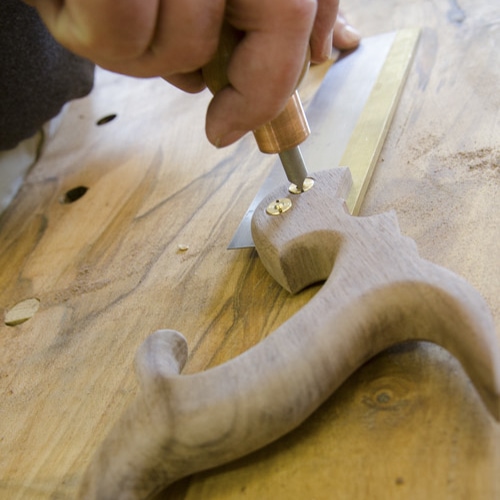 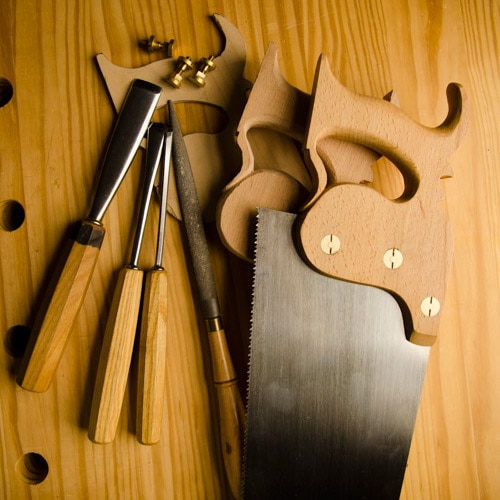 Joshua, Thanks for posting this! I am just getting started in hand tool woodworking and purchased one of Erik’s dovetail saws last fall. In the time since I have to say I love it! It looks beautiful and cuts wonderfully. I should mention that Erik does have an eBay store as well, which I where I purchased mine (it’s got the Brazilian satinwood handle). He posts saws there from time to time and they seem to be the more unique… Read more »

You got a great deal Mike! Glad you liked the blog post, and thanks for commenting!