In the above Video I show how I made a simple (and cheap) “Pad Saw”, sometimes referred to as a “Keyhole Saw”. I was building the simple, yet amazing Roubo Bookstand featured by Roy Underhill in this episode of The Woodwright’s Shop:

But I didn’t own a pad saw, and I also found some missing details in Roy’s tutorial. So I decided to make my own pad saw with a scrap of poplar (you can use any wood) and an old hacksaw blade I had laying around. Cost to me? Nil. 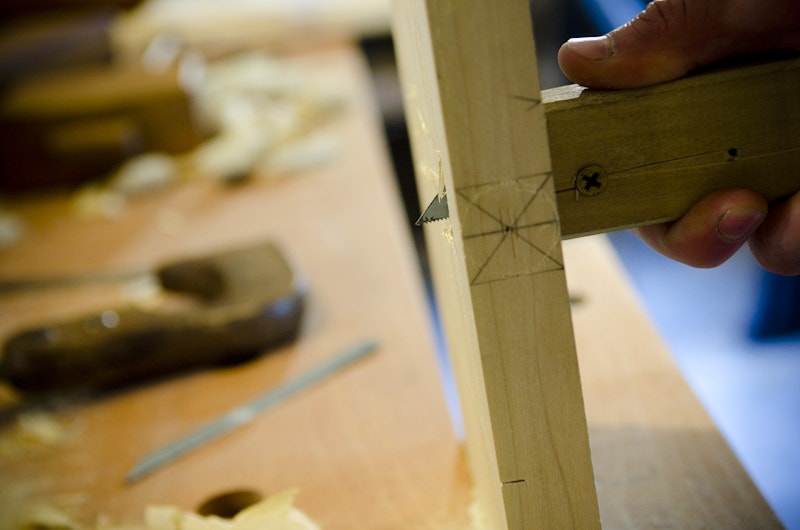 I drilled a 1/16th inch pilot into the bookstand board (see my above video) and then attempted to follow Roy Underhill’s advice for scraping the hole out. But after two hours, I was just frustrated; Getting nowhere. I finally tried securing the blade a bit more with a screw (used a metalworking drill bit like these) and that helped enormously. 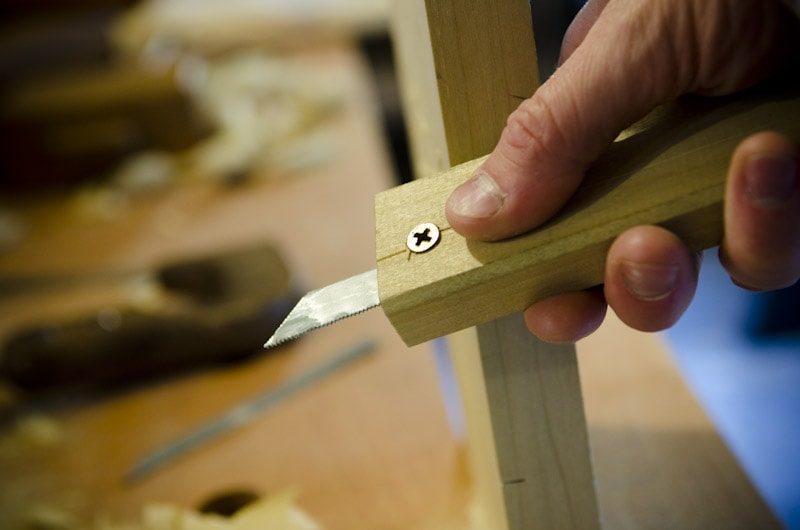 But the work was still painfully slow. So I tried standing the bookstand board upright in my workbench vice. That did the trick! The last two slots were cut in 5-10 minutes, compared with 2 hours for the first two slots. I hope this helped!