In part four of the above video workshop tour, Don Williams teaches how to use a French Polissoir with a beeswax wood polish to create an incredible 18th century historic furniture wood finish. 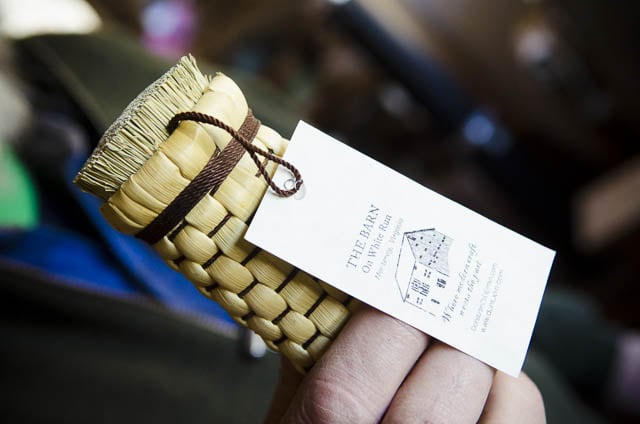 WHAT IS A FRENCH “POLISSOIR”?

A polissoir (polisher) is essentially straw broom bristles tightly bound together with string. You can make your own polissoir or you can purchase one. You can buy Don’s fancy polissoirs on his website (here). 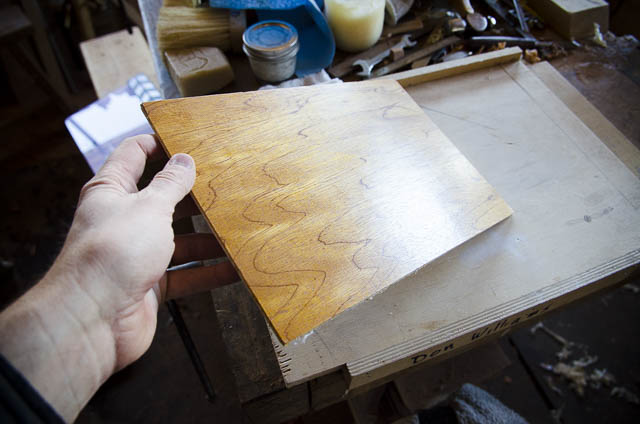 A polissoir was historically used to burnish, smooth, and polish wood furniture with plain beeswax or a beeswax furniture wax . According to Andre Roubo in his book “L’Art du Menuisier” in the 18th century this was considered a standalone finish (rather than simply a top protective finish). Below Andre Roubo describes the polissoir (translated from French):

“The polisher, figures 8 & 9, is a sheaf of ordinary grass or straw, about 4 thumbs long, by about 2 thumbs in diameter. This sheaf is bound tightly along its length.  Before making use of it, one soaks it in molten wax, which one lets cool, after which one rubs the polish on a piece of wood to smooth it and make it proper to polish the work. There are polishers of diverse forms and sizes, in order to be able to get into all parts, nooks and crannies.”

HOW TO USE A FRENCH POLISSOIR WITH BEESWAX WOOD POLISH:

Don Williams said that although he has been a professional wood finisher since the 1970’s, his discovery of this historic finishing tool has really changed and improved the way he works. He suggests that prior to polishing with the polissoir you should rub it against fine grit sandpaper to create a smooth crown on the end, and then dip the end in melted beeswax (and let it dry). 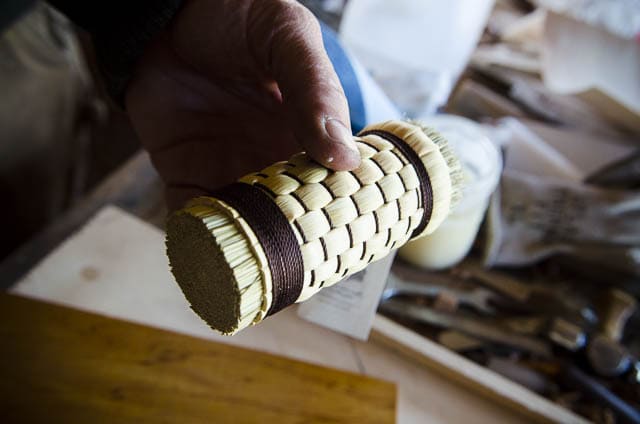 The Polissoir can even be used to polish the bare wood without a wax, and it will compress the wood fibers and add a gloss to the wood’s surface when rubbing it back and forth. This is similar to the trick that I use when I rub wood shavings onto mouldings that I’ve cut with my moulding planes. And when you submerge the polissoir in melted beeswax and then use it in concert with a paste wax of some sort (like this beeswax/shellac wax blend that Don makes and will be selling soon) it will give an even greater polished and finished surface. It also has the advantage of filling the grain while you’re working. It’s best to wait a few minutes before buffing the paste wax off with a lint-free cloth. This was a very common finishing process used in the 18th century when Andre Roubo was alive; both on high-style and country-style furniture. 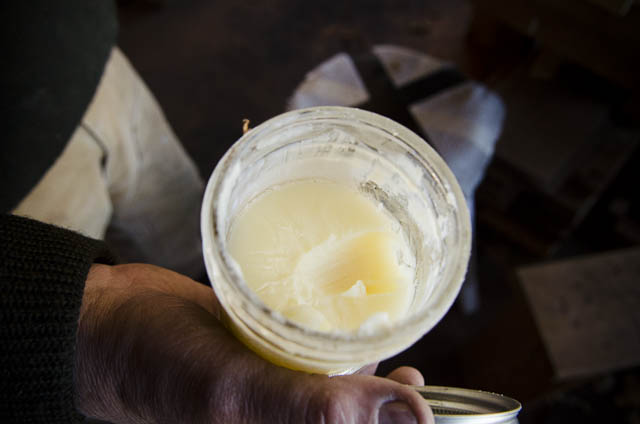 As mentioned, you can be added to Don’s wait list to be notified when his proprietary Mel’s Wax is released (click here).

Don then buffs the finish to get a higher polish. He uses lint-free lithography pads to do his buffing. Don believes that Webril is the only company still making this type of pad. You can find the Webril Handi-Pads on Amazon here. 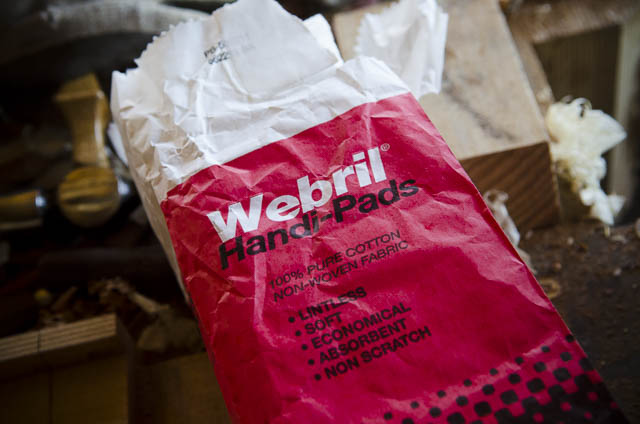 In the video Don also demonstrates the use of his archival quality lotion polish (also soon to be released), which is similarly formulated from his purified beeswax and shellac wax. This wood furniture polish was used to preserve historical furniture for the United States government, including valuable furniture in the U.S. House and Senate buildings and the Smithsonian Museum. 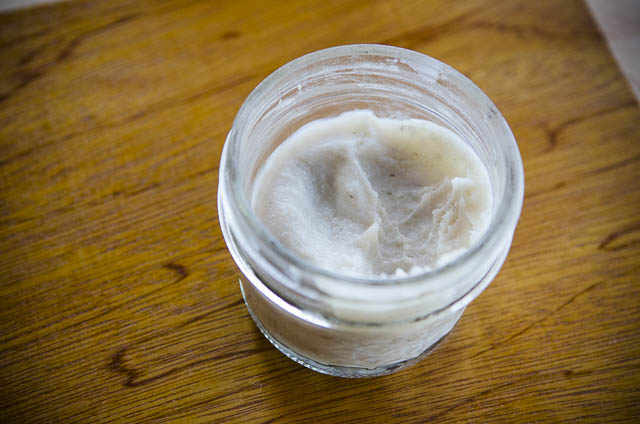 Like Mel’s Wax, this lotion polish can also be used as a finish all by itself. 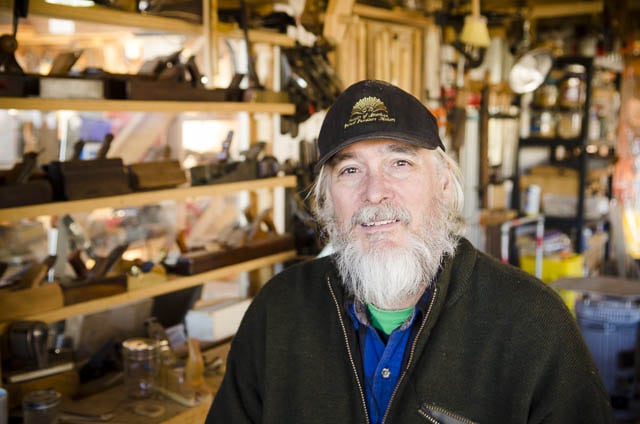 If you are interested, you can learn more about the history and use of french polissoirs here.  If you missed the previous parts of the tour of Don Williams’ Barn Workshop, click here to see them. 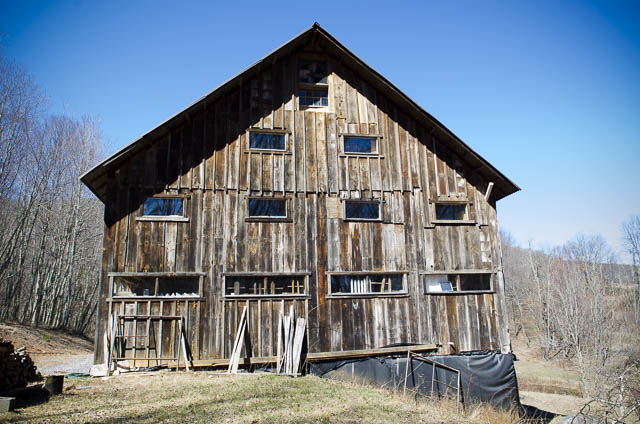 I’m guessing the polissoir closes the cuticle in the wood just as a horsehair brush does to human hair making it smooth and shiny in the process. Nice information, thanks.

I just finished cleaning a spectacular Indonesian dining room set. I have made your beeswax/linseed oil/turps recipe and I am ready to polish. My question is, should I wax in all the carved edges?

The link is this article to be notified when Don releases his proprietary Mel’s wax ACTUALLY goes to a page to join a waiting list for a BOOK, not his wax.

Sorry, but he may have changed his links. Just email Don.

Thank You kindly, I shall.
Herb.